Illustration of stress-strain curve for concrete and steel

This construction video tutorial will teach you the detailed process for creating the design of stress-strain curve of concrete and steel by adhering to the IS 456:2000. Limit State Method is used here for these curves.

The stress-strain curve for hardened cement paste is nearly linear. The aggregate is more stiff as compared to the cement paste and will consequently deform less (i.e. contain a lower strain) under the similar applied stress.

The stress strain curve of concrete remains among those of the aggregate and the cement paste. But this alliance is non-linear over the most of the range. This non-linear behavior occurs because of formation of micro-cracks for the following reasons :-

(i) At the interface among aggregate particles and cement paste due to the differential movement among the two phases, and
(ii) Inside the cement paste itself.

These cracks are developed owing to variations in temperature and moisture and the application of load.

To learn the detailed process, watch the following video tutorial. 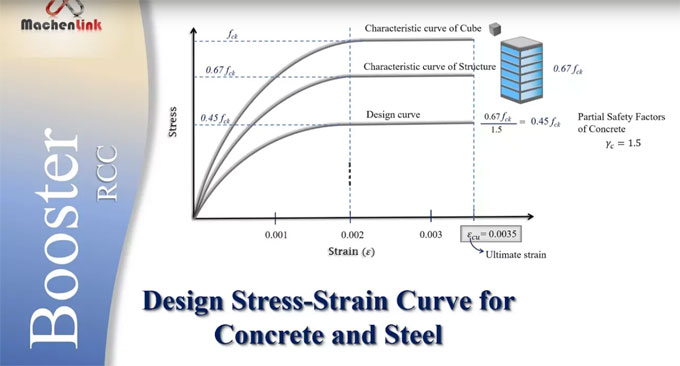