Given below, some vital terms which are directly associated with the strength gain of concrete:

Hardening is the method of increasing strength. It should be kept in mind that setting and hardening are not equivalent.

Setting means the hardening of the concrete once it is placed. Hardening may go on for weeks or months as soon as the concrete is mixed and placed.

Concrete porosity: Air or water can be used to fill the voids in concrete. If concrete becomes more porous, the strength of the concrete is reduced. The porosity in concrete mainly occurs due to the ratio of water to cement in the mix, called as the 'water to cement' ratio.

In mixes where the w/c is in excess of approximately 0.4, all the cement can respond to water for creating cement hydration products. At greater w/c ratios, it abides by the space engrossed in the additional water over w/c = 0.4 will remain since pore space filled with water, or with air in case the concrete dries out.

Strength of aggregate: If the aggregate in concrete is poor, the concrete will become weak. Rocks having low strength, like chalk, are not recommended to be applied as aggregate.

Aggregate paste bond: The solidity of the bond among the paste and the aggregate is complicated. If no bond exists, voids will be formed in the aggregate & consequently the concrete becomes weak.

Cement-related parameters: There are several parameters in respect of the composition of the cement ingredients and their ratios in the cement which can influence the rate of strength gain and the final strength attained. These comprise of the following: 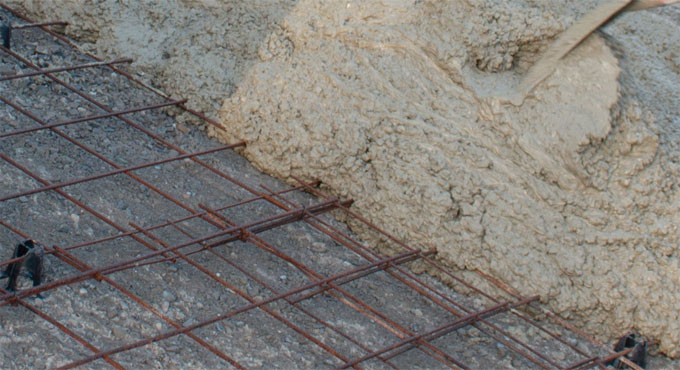