Application of BIM takeoff in Construction

BIM has been using in the Construction Industry in recent time and it also works in quantity takeoff that shows a huge progress for future time.

Over a decade generally quantity take-offs and appraisals have been executed and developed with 2-D drawings which were supplied by the architect to GC or General Contractor but the situation has changed now-a-days.

GC was checked with the use of on-line inquiries and in-person interviews to decide the factors that limited the ability of building professionals to take the necessary QTO data from the model. In this scenario, it is seen that the construction industry depends on BIM more for creating projects and establishing takeoff quantities so the pressure has transferred for the trade estimator.

In this article we will discuss about the importance BIM in the construction industry for quantity takeoff with some below described points.

Faster estimating and takeoff: In past the take offs were done by using colored pencils, calculators, floppy disks and flaxes; a clear by hand process but in recent times BIM has started takeoff and estimating directly from the 3-D model which helps estimators to see and communicate to gather information more easily than in a non-virtual world.

BIM quantities are created quickly as per the objects defined in the model that allows quicker quantity takeoff. Any kind of changes in the model are transformed to all qualities of the project without any measurement and BIM doesn’t make any mistake while takeoff or estimating.

Trusted data in the model: BIM supplies accurate transparency and good speed yet trade estimators have always known an essential truth that only some shades can be captured in a 2-D world. BIM allows architect to decide the concept and clarify the details with the help of above objects; as quantities are made inside the design with the smallest details make it important each feature trade isn’t ignored.

Generally takeoffs are originated from two-dimensional CAD drawings made by designers providing blueprints to contractors as static PDF files; the contractor’s estimator utilizes specialized on-screen takeoff software to calculate areas on the drawings and mark the groups of lines as objects. Every takeoff items are allotted various conditions where it has some differences from the 2-D CAD systems, such as: these BIM systems can take out takeoff quantities automatically while the building design uses intelligent objects than static lines.

The objects of BIM may contain both common and complex qualities which may sometime lack data about site-specific requirements and Trade nuance is not a regular part of the BIM drawing so designer can offer an incomplete takeoff. So in simple words it can be said that the trade estimator would find the lines as objects and can add the object data while in BIM world, estimators can follow the height, width, length and other attributes where objects are brought into the drawing with detailed attached data.

At last it can be said that BIM killing takeoff have been hugely overdone but in real, the QTO technology has come a long way and in future will bring more interruption. Here the tools of the trade may change but the job of fixing the right QTO will remain same where BIM will allow users to generate quantities using quantity takeoff require professional estimator skills to analyze and interpret the data. 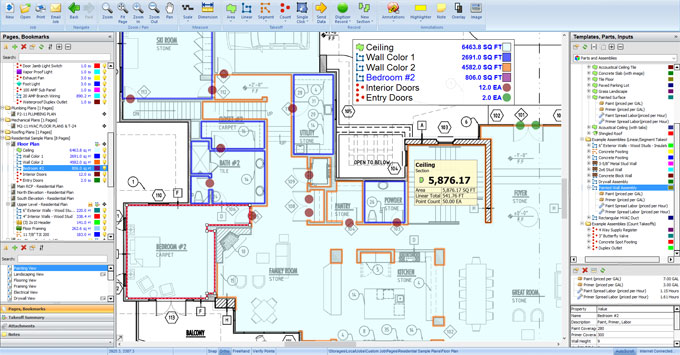