Guidelines and procedures while designing a concrete building structure

The numerous aspects that affect the layout and dimension of the structure will be considered during the planning process. The decision is made here based on the building's function. Aesthetics, society, economics, and the environment will be the next factors to consider.

Structural design based on types of Structure

Any structure's structural design foundation will be determined by the sort of structure being constructed. In order to start with the design of a structure, the following information is required:-

Condition of the construction site

While designing the structural layout, a designer must study the condition of the construction site to decide on the following points:

A. The soil's bearing capacity.
B. The soil's maximum load capacity.
C. The soil's foundation should be chosen.
D. If there are any soil improvement requirements.
E. The site's water table level.

Types of load on the structure

The structure that is being built will be subjected to a variety of loads. The following sections outline the many sorts of loads that must be addressed while designing structures:-

Live loads: Live loads are the imposed loads to which constructions are subjected during their occupancy period. There are two types of loads: static and dynamic. These loads may or may not be present at the time of use.

Seismic loads: Design for seismic loads shall be done in accordance with ASCE 7/ UBC/ IS 1893 or the equivalent standard code. For earthquake force calculations, the guidelines established by these applicable codes must be followed.

Wind Loads: The surface area of the building on its windward side is subjected to horizontal wind loads. A wind zone exists in every location or place under consideration.

The maximum wind speed in the area is computed based on the wind zone. All of this information may be found on the location's wind map. The wind speed is transformed into force based on the surface area and building orientation.

Steps in designing a Structural formation of a building

It begins with locating and orienting the relevant columns in such a way that they do not obstruct the architectural plans. For instance, you don't want a column in the center of the room or something similar. Also, at least 30% of the total number of columns should be in either the x- or y-direction to ensure proper earthquake resilience of the structure.

The actual measurements of each architectural piece must be decided after the first design is completed. First, with the building's basic dimensions specified, an analytical model is developed. All loads acting on the structure, including as dead loads, live loads, wind, and seismic loads, must be defined in the model.

Now you have the training actions on the elements based on the initial sizing and simply, you can use them to design according to the relevant code. The design process became so easy by using some spreadsheets or other software that facilitates the design.

After determining the final dimensions of members, the foundation system type can be selected, taking into account the soil's carrying capability as well as the structure's loads.

The structural plans are prepared in this step. These plans should be completely comprehensive so that the construction process on the job site can run smoothly and without being slowed down by missing information in the drawings. 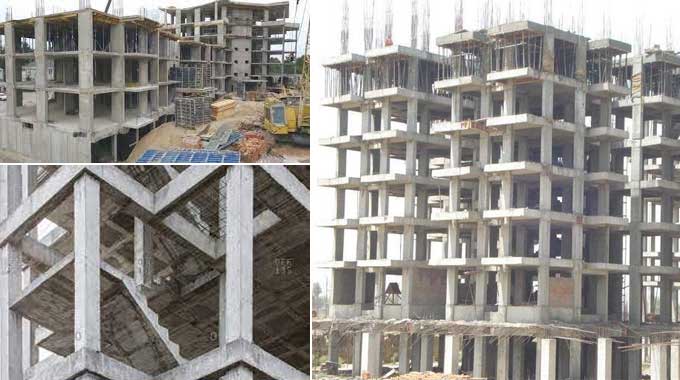