Consolidation of concrete is caused by structural and seismic design constraints, embedded conduits and pipelines, and boxouts. The right concrete pouring and compaction processes should be used to consolidate new concrete in congested concrete members.

Otherwise, the concrete element suffers from a lack of strength and durability as a result of issues such as honeycomb and weak concrete cover, as well as costly and time-consuming repair work.

To ensure proper compaction in congested regions and achieve structurally sound and aesthetically beautiful concrete, contractors must exercise great caution and attention while selecting concrete pouring and consolidation processes. In addition, high flowable concrete must be considered when placing the concrete in its final position.

Concrete compaction in congested places depends on placing concrete close to its final location. The concrete supervisor or site engineer should be in charge of using buckets and cranes. A rubber hose linked to a booming pipe must be attached to concrete pumps when pouring concrete near the final position.

When the spacing between steel bars is too short, resulting in significant congestion, a lie-flat hose is recommended. Between tightly spaced steel bars, concrete can be poured into this pipe type. The hose can easily be severed to remove fresh concrete that rises in the forms.

When the proportional mixture's flow to the form face is uncertain, modified mixtures are suggested for congested concrete elements.

The modified mixture has a smaller maximum nominal aggregate size to ensure that the concrete flows well.

Chemical admixtures, such as high-range water-reducing admixtures, can help enhance concrete workability and, as a result, concrete compaction in congested locations.

Reasons for Congestion in concrete:

The substantial use of ties at the bottom and top of columns is dictated by structural and seismic design requirements. Because coarse aggregate would be restrained by closely spaced steel bars, the concrete cover is built of cement and sand grout.

As a result, concrete covers are susceptible to drying shrinkage, which can lead to surface cracking and crazing, as well as a loss of resilience.

Proper placement and concrete consolidation can be hampered by electrical conduits, pipe sleeves, and other intricate structural embedments. The use of many 25 mm to 150 mm diameter conduits in limited areas for cable trays is commonly specified by electrical designers.

Because the concrete flow under the boxouts and tightly formed apertures are limited, formed boxouts in slabs and walls are prone to congestion. The use of a construction joint or the inclusion of access apertures inside the boxouts can help with accurate installation and concrete placement.

In congested concrete members, concrete pouring and compaction processes should consolidate freshly poured concrete. Concrete elements, in addition to being weak and brittle, have issues such as honeycomb and poor concrete coating, which requires time-consuming and costly repairs.

For consolidating fresh concrete in congested concrete members, concrete pouring and compaction should be used. The concrete element grows weaker and more difficult to repair if problems such as honeycombs and inadequate concrete coverage are not addressed. 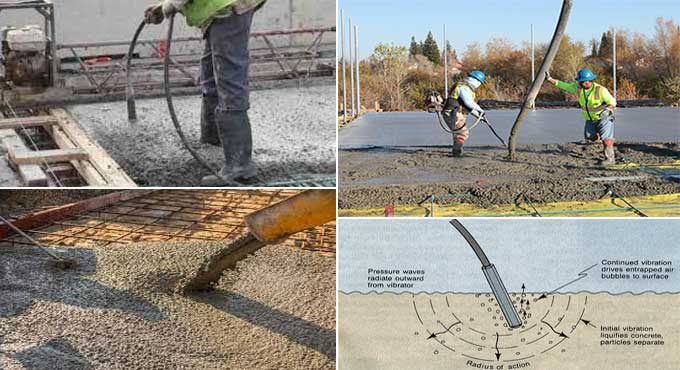