The role of expansion joints in bridge construction

The bridges which are built up with concrete are likely to affect with thermal changes similar to any other concrete structure and for this reason, the structural components should have been modified to accommodate with those alterations and avoid any significant damage to bridges.

Concrete bridges inflate and contract slightly because of thermal changes as well as shrinkage of concrete, ground settlement, severe temperature, ice and weight of vehicles. To provide safeguard against all these ecological factors, bridge engineers include expansion joints among different sections of bridge. Besides, the expansion joints are also used in walls, roofs, paving slabs, railway tracks and piping systems.

Flexural stresses in concrete structures are developed owing to the vertical movements of adjacent inflexible foundation elements like if a slab is set among two structures, an expansion joint is necessary to maintain structural uniformity. The primary objective of these expansion joints is to consume these stresses and allow thermal contraction and expansion devoid of producing stress into the structural components and leads to a significant damage. Besides, the expansion joints also combat with vibrations and facilitate soil movements because of earthquakes or ground settlement.

The design & installation of expansion joints should be made carefully to reap the maximum benefits. These joints are set at same space in the structure to sustain the consistency all through the structure and to permit the joints to cope up with ecological changes equivalently. In case an asphalt rubber is set on the bridge, the engineers should arrange little space for expansion joints.

The selection of the exact joint is based on various factors which range from the imposed loadings, anticipated movement, temperature range, deck shortening and rotation.

In big structures expansion joints are essential to adjust the subsequent movements among adjoining bridge deck spans or among the bridge deck and abutment.

Type of expansion joint on the basis of movement

Large movement joints : These have the capacity to accommodate total motion excess of 130 mm 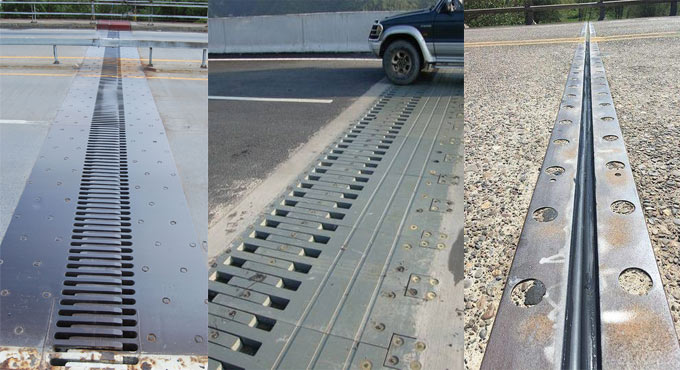