A Masterpiece of Elon Musk: The Boring Company dug the tunnel for the Las Vegas Convention Center

The Boring Company will construct an underground moving people system beneath the Las Vegas Convention Center (LVCC). AEVs are akin to subways, except they are autonomous rather than trains. Elon Musk owns & operates it.

In the US, an extensive network of tunnels is the Boring Company's broader vision. It is less disruptive to society to tunnel underground. Additional tunnel layers can construct in the general vicinity as infrastructure demand increases. Tunnels have also withstood earthquakes, according to The Boring Company.

The primary reason tunneling hasn't caught on in the U.S is cost. In conventional tunneling equipment, productivity is slow and unsatisfactory. The Boring Company claims the average price per mile for past tunneling projects was $1 billion. Tunneling needs to be ten times cheaper than traditional roadways to be an alternative to them.

Automation is already present in smaller tunnel boring machines. For larger machines, this is not the case. Several operators operate these large machines currently, according to Boring Company. The Boring Company hopes to build additional underground people-movers soon as the U.S. seeks solutions to a variety of infrastructure challenges.

Hawthorne, California, is also home to an existing test tunnel operated by The Boring Company. As a first commercial endeavor, the Loop at Las Vegas Convention Center represents the company's first venture. AEVs are easier to transport because of their smaller size, which allows tunnel diameters to reduce by 50% to 14 feet. The cost reduction is based solely on that factor.

Inclusion of the West Hall Expansion

Connecting the existing and new west halls of the LVCC is The Loop. The West Hall expansion will add 1.4 million square feet for an estimated cost of 980 million dollars in addition of 3.2 million sq. ft campus. An outdoor plaza and grand atrium are also part of the project. In the exhibit hall, exhibitors can connect without using on-ground wiring due to modern electrical, plumbing, and data infrastructure.

It's not just the West Hall expansion that's impressive. It's also The Loop that's making waves. U.S. passengers can now take advantage of this brand-new method of transportation.

LVCC convention attendees can use The Loop to get from one end to the other in about one minute, according to The Boring Company. On average, walking from end to end takes 15 minutes.

Vehicles designed to carry people know as AEVs, in this case, the Tesla Model 3 or Model X. Elon Musk is also the owner of Tesla. Model 3 chassis modified to carry up to 16 people at once are available. Sensors in the tunnels guide the AEVs. 155 mph is a speed they can safely achieve.

The next step will be to finish the above-ground stations at either end of the tunnels, along with a third station in the middle of the system. As part of the Convention Center Loop, a people-mover will be installed.

As soon as the people mover is complete, it will be the first commercial transportation project by The Boring Company after only a test tunnel near the SpaceX headquarters in Hawthorne, California.

In the Loop, Tesla vehicles will be able to move more than 4,000 people per hour in the tunnels, reducing a cross-campus walk normally lasting 15 minutes to less than two minutes. 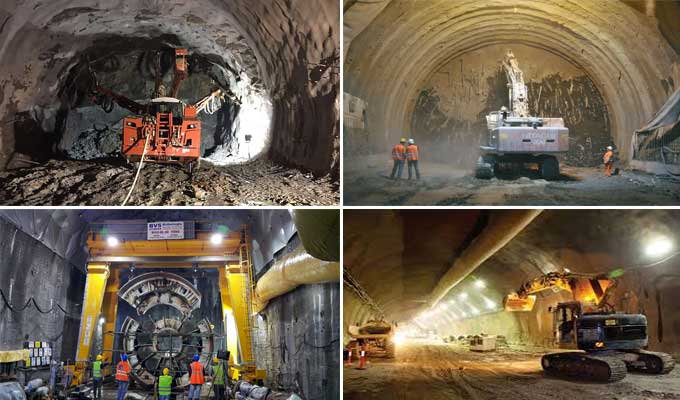